Hatem Fareed Alwaer, when youth and popularity are one in Alexandria

When Sheikh Hatem Fareed Alwaer was thirty years old, he was able to create for himself a wide audience because of his heartfelt Quran reading and the sweetness of his voice. He became one of the biggest Imams in the city “Alexandria”.

Sheikh Hatem Alwaer was born and raised in “Tabloh” village in “Al Manufia” governorate. Since his young age, his father, who is an Imam and a teacher in the Quranic School, taught him the holy Quran and helped him to memorize it.

In order to complete his university studies, Sheikh Hatem moved to Cairo, where he joined “Al Tarbiya” faculty that is affiliated to “Al Azhar” university. In parallel with his studies, he was working in one of the mosques there, and after his graduation, Sheikh Hatem Fareed Alwaer joined the city of Alexandria in order to finish his studies before completely devoting himself to the Imamate and advocacy.

Although his young age, Sheikh Hatem Fareed Alwaer was able to gain a massive fans base, as he is currently working as an Imam in “Al Qaid Ibrahim” mosque during the holy month of Ramadan. In addition to that, he is also an Imam and a preacher in “Bilal Bin Rabah” mosque. 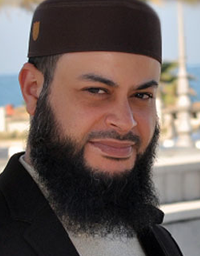