He is the Quran reciter Fawaz Al Kaabi, one of the Saudi Arabia’s most underrated Quran reciters, even with all the talent and qualities he has that qualify him to be one of the most prominent Sheikhs.

Sheikh Fawaz Al Kaabi is considered to be one of the few who mastered the memorization of the holy Quran, as he graduated from the Holy Quran Institute in the National Guard in 1424-1425 Hijr with excellence. After that, he was appointed as an Imam and as a preacher in the mosque of Said Bin Zaid May Allah’s blessings be with him in the city of the King Abdullah Bin Abdulaziz Al Ihsa.

The Sheikh and the Quran reader Fawaz Al Kaabi was described by “the sincere voice holder”, because of the absence of unreal sadness and tears during his Tilawats unlike some Quran readers. He also has a sweet voice, but It didn’t give him the opportunity to produce audio recordings and Tilawats, for the exception of one tape that was made by “Al Fajr Al Islami productions”. This is explained by many by his young age, and by his lack of involvement in a religious institution. 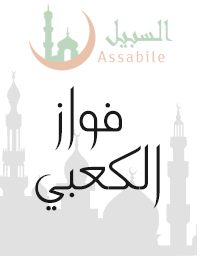