Aid Hassan Sayed Ahmad Abu Aachra, who is known by Aid Hassan Abu Aachra, is born in 1977 in the Egyptian village “Oum Dinar” and he was able to memorize the holy Quran at an early age, as he was under 9 years old.

Besides that, he obtained several certifications, such as Hafs Aan Assem’s certification under the supervision of Sheikh Abdul Hakim Abdullatif Abdullah Al Masri, as well as the “Ten readings” certification from Sheikh Salah Eddine Al Tijani Al Hassani.

In parallel with working as a teacher of the Quran, its sciences and its reading in “Al Azhar” institute, he works as an Imam in the Egyptian “shooting club” mosque and in “Mustafa Mahmoud” mosque. 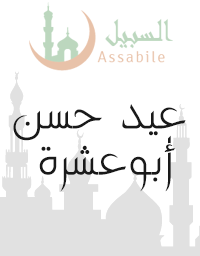