The Islamic preacher Sheikh Abdul Rahman Bin Abdul Khaleq Al Yusuf was born in 1939, in the village of Arab Al Raml in the governorate “Menoufia” in Egypt. He was known world widely from the Faculty of Shari’a, at the Islamic University in Medina, and he was granted the Kuwaiti citizenship in 2011.

In fact, Sheikh Abdul Rahman grew up in a religious family who was interested in the holy Quran. As a result, his father encouraged him to learn the Quran at an early age, and he was put in the Quranic School at only three years old, and he joined after that the primary school. During his secondary period, his father passed away as he was sixteen years old, and he moved with his family to the Medina, where he had finished his secondary education. Later on, he joined the Islamic University and he graduated from it in 1965, to move after that directly to Kuwait.

Sheikh Abdul Rahman Al Yusuf is known for his involvement with the Salafi current, as he took its basics and principles from his father, then he learned its Ousoul once he joined the Medina, where he met a large number of Sheikhs and Scholars, most notably Sheikh Abdul Aziz Bin Baz, who taught him the Fundamentals of the religion, Sheikh Mohammed Al Amine Al Shankiti who taught him the sciences of explanation, the fundamentals of Al Fikh, and of Al Balagha “Rhetoric”, and Sheikh Nasser Al Albani, from whom he learned the Fikh of the Hadeeth, the science of the Takhrij of the Hadeeth , and the Issues that concern the reality of the Islamic nation.

After moving to Kuwait in 1965, Sheikh Abdul Rahman Al Yusuf made for himself a very special place among the preachers and the students, especially those belonging to the Salafi current to which the Sheikh belongs. As a result, it was decided to honor him with the Kuwaiti nationality in accordance with an Emiri decree issued in October 2011, a decision that was widely welcomed by the Islamic community.

Besides that, Sheikh Abdul Rahman worked for 4 years as a teacher in the schools of Medina after completing his secondary education. And after moving to Kuwait in 1965, he worked again as a teacher until 1990, the year in which the country was invaded by the Iraqi army. He also worked in the field of scientific research, in the Kuwaiti Association of “Islamic heritage revival”.

The library of Sheikh Abdul Rahman Al Yusuf is full of books and writings that call for the Salafist current and for fighting against superstitions and myths, such as: “The Salafis and the four Imams”, “Highlights on our political situations”, "Issues of belief in the Quran and in the Sunnah”, etc… He has also published a full explanation of the holy Quran.

In addition to that, he had given numerous lectures and Fatwas that have spread to several websites, including the Salafi website. 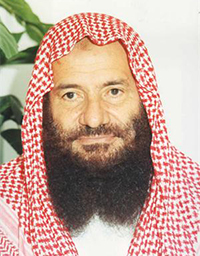 Abdul Rahman Al Yusuf
The Islamic preacher Sheikh Abdul Rahman Bin Abdul Khaleq Al Yusuf was born in 1939, in the village of Arab Al Raml in the governorate “Menoufia” in Egypt. He was...

Abdul Rahman Al Yusuf
The Islamic preacher Sheikh Abdul Rahman Bin Abdul Khaleq Al Yusuf was born in 1939, in the village of Arab Al Raml in the governorate “Menoufia” in Egypt. He was...